Author Stacey Longo, who has had two books published this year by two different publishers, will be discussing one of them this coming Wednesday, June 3, at the Douglas Library in Hebron, Connecticut. She will be reading and discussing Ordinary Boy, which was published by Dark Alley Press, an imprint of Vagabondage Press, in March. The event runs from 6:30 p.m. until 8 p.m. The library is located at 22 Main St. 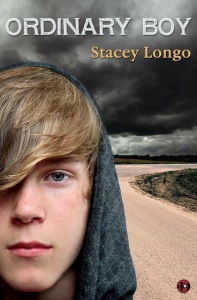 My Mom Has MS, is the second book Longo had published this year. It was published by Books and Boos Press. The book was inspired by Longo’s friend, Renee Holder’s child, Patrick, who has been asking friends to donate to the MS Society for his birthday instead of buying him birthday presents. He’s been doing this since 2008, when Renee was diagnosed with the disease. 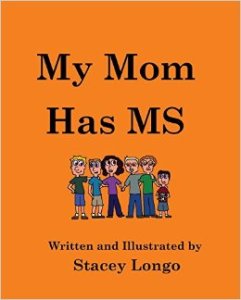 My Mom Has MS, which is geared towards children, was written and illustrated by Longo.

Her newest books and her short story collection, Secret Things, will be available at the Books & Boos table at AnthoCon this coming

On Saturday, June 27, Longo will be reading from Ordinary Boy at the Book Club in Broad Brook, CT. The event runs from 11 a.m. until 12:30 p.m. The bookstore is located at 100 Main Street.

Zombeavers (2014) is the perfect example of how to do B-movie horror right. Funny, action-packed, and full of ridiculous special effects, this might be my new favorite movie. I’m going to try to review it without spoilers, if only because this movie should be unwrapped and enjoyed thoroughly by the viewer, like a Willy Wonka golden-ticket-wrapped chocolate bar, only with zombie beavers.

The flick opens with two guys in a truck carrying hazardous waste. They hit a deer, losing a barrel of toxic goo in the process. The dialogue here sets the standard for the rest of the movie.

They continue on, driving over the deer corpse, unaware that toxic waste is now leaking at a nearby beaver dam.

Next, we meet three sorority sisters, Zoe (the token tramp), Jenn (the token blonde), and Mary (the token brain). Jenn’s boyfriend Sam has cheated on her, and the girls are spending the weekend at Mary’s cousin’s cabin to help Jenn get over her heartbreak. Zoe and Jenn are dismayed to find that there is only one bathroom at the cabin for three women. Also, there is no cell phone service.

The girls go sunbathing, which allows for the obligatory topless shot that is essential to any well-done B-horror show. They decide to swim out to the beaver dam that they spot on the other side of the lake, where a bear surprises them. Uh-oh. The girls might be done for! Nah. In the nick of time, a hunter named Smyth (Rex Linn) shows up and scares the bear away with a gunshot. He then asks the girls what they’re doing.

Jenn: “We were looking for beavers.”

The girls are later surprised when their boyfriends, Buck, Tommy, and the two-timing Sam, show up. While everyone else is shacked up in their respective bedrooms having fun, Jenn confronts Sam with a picture she saw on Facebook of him making out with a brunette. He won’t tell her who it is, and she won’t forgive him. She goes off to take a bath, only to find a zombeaver in the tub. After Tommy smashes it with a baseball bat, they all decide the animal must have been rabid. They would be wrong.

The next day, everyone decides to go swimming, as you do after finding a possibly rabid beaver in your tub. We do find out at this point who the brunette is that Sam cheated on, but this is quickly glossed over when the zombeavers move in. All but Jenn wind up on the raft, but not before Buck, Zoe’s boyfriend, is attacked. One of the highlights of this movie is when a terrified Buck holds up his own dismembered foot, one of many, many things you don’t often see in movies these days. That and zombie beavers … but I digress.

Our heroes are trapped on the raft. Sam grab’s Zoe’s dog (did I forget to mention she brought her dog? She did) and throws it in the lake as a diversion. You know that unwritten rule in horror movies where it’s okay to brutally dismember people, but animals should never, ever be injured? Happily, in Zombeavers, this rule is gleefully ignored.

From this point forward, the movie is a smorgasbord of zombeaver attacks, horrible deaths, and near escapes. There’s a scene in the house reminiscent of a Whack-a-Mole game that will make you forget to root for the heroes, because you’ll be too busy giggling.

I cannot recommend this movie enough. It’s hilarious, entertaining, and full of beaver jokes. There were no slackers in the cast, though Rex Linn, probably best known for his role as Detective Frank Tripp on CSI: Miami, steals the show as the deadpan, no-nonsense Smyth, who quietly munches on a chicken leg while examining Buck’s dismembered foot. And you won’t want to miss the ending credits—there’s a gag reel, and a fabulous Tony Bennett-esque theme song performed by Nick Amado that you won’t want to miss.

Is this movie a thoughtful introspective on aesthetic principles and style? No. But it’s a heck of a lot of fun!

You can pick up your own copy from Amazon here or on iTunes here.