It’s December 31, the last day of 2014. What do you plan to do in 2015? If you are a reader, I would suggest the anthology, Insanity Tales. It’s a collection of work by five authors: David Daniel, Stacey Longo, Dale T. Phillips, Vlad V., and Ursula Wong.

Insanity Tales includes a foreword by award-winning author Jonathan Maberry (Rot & Ruin) and published by Books & Boos Press. Be prepared to enter a world of madness as you read these nine tales of twisted psyches, peculiar people, and demons of the mind and spirit.

Anthologies are a great way to discover new talent, so order the paperback or e-book today by clicking here.

You can find out about Books & Boos Press here. 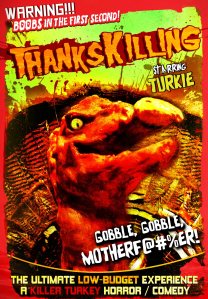 Thankskilling (2009) is a delightful testament to everything that can go right in a cheap B-horror film. The plot: a legendary bloodthirsty turkey murders college kids, one by one, over Thanksgiving break. Sounds marvelous, right? It is!

Ali, Kristen, Johnny, Billy, and Darren (or, in genre terms, the slut, the good girl, the jock, the fat funny kid, and the geek) are on their way home for the holiday break when their car overheats. They decide to pitch tents for the night and Darren tells a scary campfire story about a homicidal turkey. He thinks he’s making it up, but it turns out this legend is true: Turkie soon appears on the scene, leaving a gory trail of dog innards and turkey turds in his wake.

It turns out that Turkie returns every two-hundred-and-something years to exact vengeance on the town that slaughtered his brethren for that first Thanksgiving meal. The teenagers involved might be related to some of the pilgrims—or not; it was a plot point that disappeared as quickly as it popped up. Regardless, Turkie is on the prowl, and nobody’s safe.

Turkie’s one-liners and laughable disguises as he hunts down the group of friends will make you laugh so hard, gravy will shoot out your nose. There’s one scene in which Turkie, dressed as a human (wearing a ridiculous pair of sunglasses complete with plastic mustache that will make you giggle just looking at it) has coffee with Kristen’s father (dressed as a turkey) that is just as awkward and bizarre as you’d expect from a movie about a killer turkey. After Ali meets an untimely end, the gang heads to Kristen’s house because, as she says, “My dad has a huge collection of books. I’m sure he has something on killer turkeys.” (As would any decent private library, of course. Don’t we all have books on fowl lore and legend on our shelves?) Her father greets her at the door, but wait—is it really her father, or a turkey wearing her father’s face as a mask?

“You look different,” Kristen tells her father, squinting suspiciously at him.

“Err . . . I got a haircut,” Turkie says, and the group buys this excuse without thinking twice. Fabulous.

The kids start going through all of the books in the hope that they can find out how to defeat the killer bird. There’s a delightful scene in which the brainy kid teaches the porky kid how to read, and the looks on their faces as they overact this sequence is worth every moment of your life that you’ve wasted watching this movie. The book-cramming pays off, of course, when they find an ancient ritual that seems to be the answer to all of their problems.

To fight the evil curse of Turkie, the gang must chant specific words and perform convoluted rituals, which they predictably get wrong. You won’t be upset, though—Turkie, despite being the antagonist in this film, is undeniably the most likeable character, and you’ll be rooting for him and hoping for a sequel. Your hopes will be fulfilled, but that’s a review for another day.

Full of juvenile humor, occasional frontal nudity, and cringe-worthy puns, Thankskilling is a must-watch film for any B-horror fan.

Everyone at Jason Harris Promotions wants to wish you a Merry Christmas!

Have a safe and happy holiday. 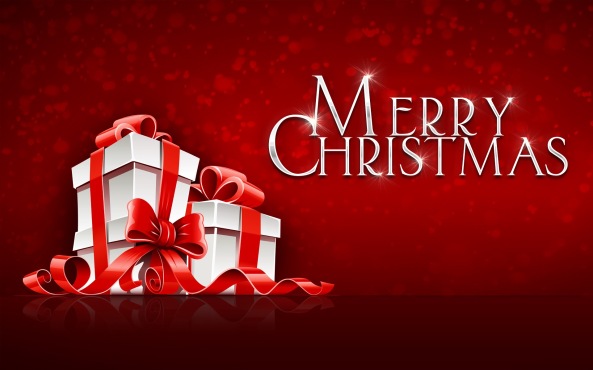 Looking for a good book this holiday season? Check out The Faceless One by Mark Onspaugh.

In 1948, when he was just a boy, Jimmy Kalmaku trained with his uncle to be the shaman of his Tlingit village in Alaska. There he learned the old legends, the old myths, the old secrets.

Chief among them was that of a mask locked in a prison of ice, and of the faceless god imprisoned within: a cruel and vengeful god called T’Nathluk, dedicated to the infliction of pain and suffering.

Now all but forgotten in a Seattle retirement home, Jimmy finds his life turned upside down. For when an unwitting archaeologist pries the mask free of its icy tomb, he frees T’Nathluk as well.

Stuck in spirit form, the Faceless One seeks a human to serve as a portal through which he can enter our reality. The Faceless One can control—and mercilessly torture—anyone who touches the mask, which means there is no shortage of slaves to ferry it across the country to its chosen host.

Yet the Faceless One has foes as well: Stan Roberts, a tough New York cop whose pursuit of justice will lead him into a dark abyss of the soul; Steven, Liz, and Bobby, the family of the doomed archaeologist; and Jimmy Kalmaku, who must at last become the shaman of his boyhood dreams.

The Faceless One by Mark Onspaugh.

Looking for a good book this holiday season? Check out The Angel of Death by Peter N. Dudar. It’s a supernatural noir thriller that explores the darkness of humanity, through religious and philosophical contexts. It will haunt you long after the last page is read.

In Frank Blake has a plan to murder his cheating ex-wife. After years of her messing with his life, he’s finally hatched a plan to be done with her once and for all.

Malcolm MacAuley owns a bar in downtown Portland, where he’s been hiding from the past and drinking away his sinful memories. Hell is waiting for him on the other side of the grave.

The Angel of Death is about to visit one of them, and make a very dark offer. Can one of these men find redemption by saving the other from the evils of the heart and mind?

The Official pre-Christmas Writer’s Promotion brings you two suggestions today. So if you are looking for a good book or two this holiday season? Check out Rock ‘N’ Roll by L.L. Soares, the Bram Stoker-winning author of Life Rage or In the Spooklight, a collection of 115 horror movie columns by Stoker Award-nominated author and film critic Michael Arruda

In Rock ‘N’ Roll, Lash possesses a unique gift that allows him to enhance the sexual pleasure of anyone around him to mind-blowing levels, by entering a trance-like state. This makes him a highly sought after “entertainer” for the local rich and hedonistic, who pay Lash handsomely to attend sex parties and personal one-on-one trysts. But this power begins taking a toll on Lash’s life and psyche. He struggles to maintain his current relationship while dodging an ex-wife who is addicted to his abilities. When Lash finds himself in the presence of death, his world begins to crumble as a new facet of his power is revealed … one with horrible and gruesome consequences.

Rock ‘N’ Roll by L.L. Soares, the Bram Stoker-winning author of Life Rage. Available in paperback and for Kindle: http://amzn.to/1zT3bfl

In the Spooklight is a collection of 115 horror movie columns by Stoker Award-nominated author and film critic Michael Arruda.

Michael has been writing the In the Spooklight column since 2000, and it has appeared within the pages of The Horror Writers Association newsletter and Hellnotes. The book contains reviews of horror movies from the silent era, the Universal monster movies, Hammer Films, all the way up to present-day.

Looking for a good book this holiday season? Check out SoulServe: A Ray Garret/Lifeline Techno Thriller by Robert Shane Wilson.

Death is but a doorway … when SoulServe holds the key.

One by one, a group of scientists at Brizen Health are being murdered by … something. Doctors, subjects, and even janitors are reporting disturbances in Section 671, the Neuro-Technical Division. Ever since the death of Dr. Carl Broxson, the server room in Section 671 has maintained a negative 65 degrees Fahrenheit. Printers turn themselves on and print out
terrifying cryptic messages. People have been seeing things in and out of the virtual world of the Lifeline. Including the apparition of their beloved colleague Dr. Broxson himself.
When local police realize the case leads directly into the deep digital canyon of the Lifeline, Antivii agent Ray Garret is called to the scene to get to the bottom of things before another brilliant mind can be taken. But when his wife, Rhonda, starts falling at random and begins to have seizures, the ghost in Brizen Health could be Ray’s only hope to save the love of his life. 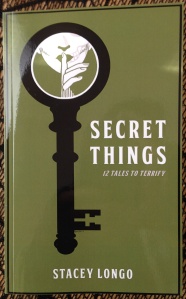 Looking for a good book this holiday season? Check out Secret Things by Stacey Longo. It’s a collection of unapologetic chillers. Perfect for your horror fan’s stocking, this collection of wickedly entertaining stories will compel you to lock the doors, keep the lights on, and ponder what it might be like to embrace the darker side of human nature.

Everybody has secrets. Sometimes they can kill you. Find out and purchase your own Secret Things here.

Looking for a good book this holiday season? Check out Phoenix Island by John Dixon.

The dark thriller Phoenix Island, which F. Paul Wilson called “Lord of the Wolverine and Cool Hand Luke,” was the inspiration for the CBS TV series Intelligence.

When sixteen-year-old boxing champ Carl Freeman’s defense of a helpless stranger lands him in real trouble – a two-year sentence at an isolated boot camp for orphans – he’s determined to tough it out, earn a clean record, and get on with his life.

Then kids start to die.

Realizing Phoenix Island is actually a Spartan-style mercenary organization turning “throwaway kids” into bloodthirsty super soldiers, Carl risks everything to save his friends and stop a madman bent on global destruction.

Find out more on Phoenix Island.

New York City, 1989. The Metro is the last theater to feature adult films projected on actual film, something manager Herschell Schwartzbaum takes much pride in. But the city is attempting to buy the theater to continue sanitizing Times Square. Despite barely making ends meet and having to deal with a small staff not as devoted as himself, Herschell refuses to budge. When one of his employees goes missing, Herschell is forced to hire a newbie. And just as he’s learning the ropes from Herschell and ace projectionist Cleon, The Metro begins to display some truly odd interior damage they won’t be able to hide from city officials forever.