The benefit was held at Creaser Park in Coventry, Connecticut. Along with food, there was music and raffle prizes. Mike Greenfield of the Presh Catch Show on WHUS, announced the winners of the raffle baskets along with performing with the event’s band.

Paulette Smith and her son, J.P. Photo by Jason Harris.

The event was held to help out Paulette and her son, J.P., who lost their home at 102 Rabbit Trail in a fire on July 21. Several fire departments were called in to help battle the fire, which caused extensive damage and destroyed all their belongings including the family dog. The family wasn’t home at the time of the fire. 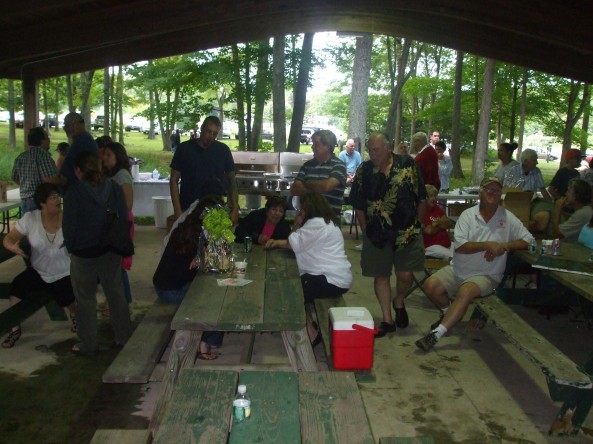 People milling around at the three-hour event. Photo by Jason Harris.

3 comments on “Barbeque Benefit a Success”