‘A Good Turnout’ for Swallowing a Donkey’s Eye Reading 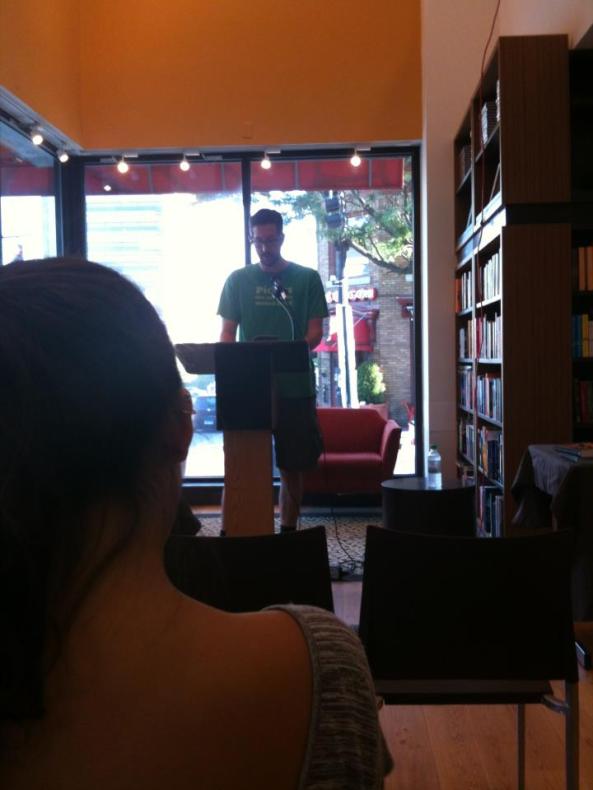 Tremblay mentioned to his listeners that his book’s title came from a song by Neutral Milk. While writing Swallowing a Donkey’s Eye, he didn’t limit himself to any particular direction for the book, but rather let the story unfold on its own.

During the Q & A, there were a number of questions about his craft, both for his current novel and for his writing in general. Two of the questions asked of him if he intentionally took inspiration for certain characters and plot devices from works by Pynchon and Flannery O’Connor, which he hadn’t.

At one point, Tremblay talked about how he is drawn to creating empathetic characters, rather than sympathetic ones, which incited a projected conversation with some would-be naysayers.

There were several other authors in attendance including Paul DiFilippo, Jack Haringa, and John Harvey to support Tremblay.

A number of his books sold including No Sleep ‘Till Wonderland.