The 33rd Northeastern Writers’ Conference (Necon) has wrapped up another fun filled year. It was great seeing old friends and making new ones, talking about writing and marketing and just having a good time.

Throughout the four-day convention, there were panels including That Line We Crossed: How Explicit is Too Explicit and We’ve Got You Covered: How Print Cover Art Happens. There were also the Necon Olympics: bowling, darts, foosball, and hi-lo-jack.

There was an Meet the Author party on Friday night and an Artist reception on Saturday. A Hawaiian shirt competition, Necon Update, That Damn Game Show and the Infamous Necon Roast also took place during this fun weekend.

Necon campers remembered Rick Hautala, who passed away in March, on Thursday night during his memorial tribute, which was introduced by Christopher Golden. 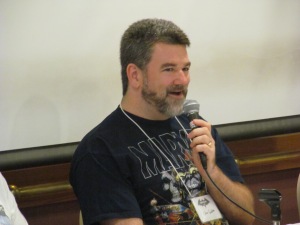 Christopher Golden on the panel, “I’ll Buy That for a Dollar: Resurrecting Your Backlist & Marketing the Hell Out of Your Writing (a.k.a. The Business Panel)” 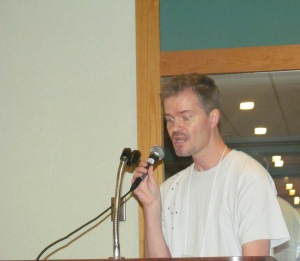 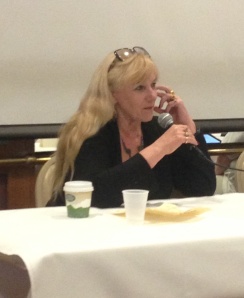 Author Heather Graham on the panel, “I’ll Buy That for a Dollar: Resurrecting Your Backlist & Marketing the Hell Out of Your Writing (a.k.a. The Business Panel)” 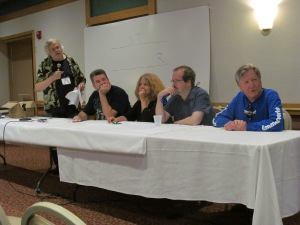 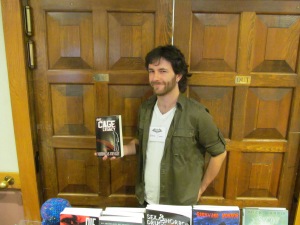 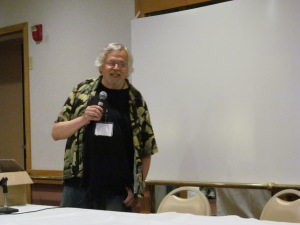 Craig Shaw Garner about to talk about the prizes for winning That Damn Game Show. 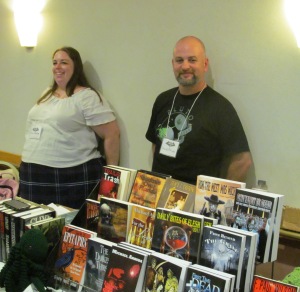 Authors Trisha Wooldridge and David Price at the NEHW table. 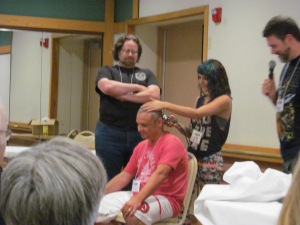 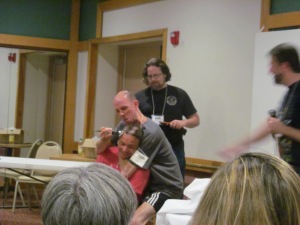 Author P. Gardner Goldsmith having some fun as he shaves some of Rio Youers’ head as author James Moore films it and the blurry Christopher Golden watches. 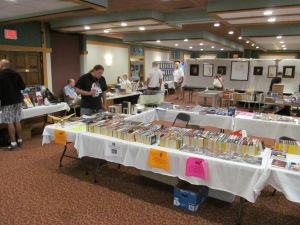 The Dealer and Art room at Necon. 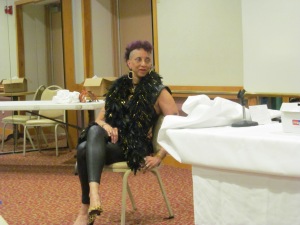 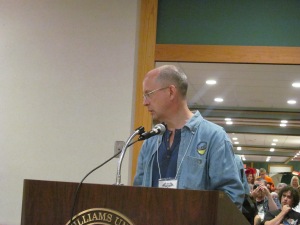 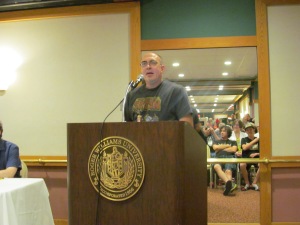 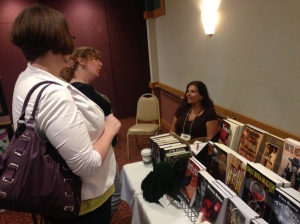