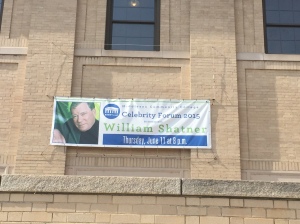 Actor William Shatner was a guest at the Middlesex Community College Celebrity Forum 2015 at the Lowell Memorial Auditorium in Lowell, MA. Shatner was interviewed by Patrick Cook, executive director of public affairs. 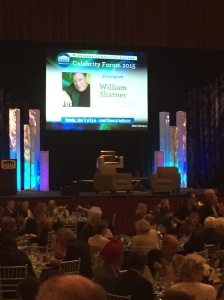 Shatner is an award-winning actor, producer, writer, recording artist, and philanthropist. During the almost 75 minute interview, he spoke about Star Trek, Boston Legal, his friendship with Leonard Nimoy who passed away in February, and death. You could tell that he misses Nimoy who he had been friends with for over 50 year ever since filming Star Trek. He talks about Nimoy’s death as memories that have faded away. He also mentioned his charities and his new reality series, Better Late Than Never with Henry Winkler, George Foreman, and Terry Bradshaw.

If William Shatner comes to your area, go see him. You won’t be disappointed. There is always a chance a captain’s chair will be in the lobby so you can try it on for size. Find out about his appearances on his website here. 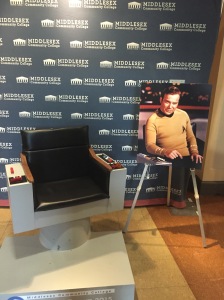 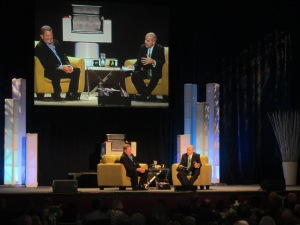 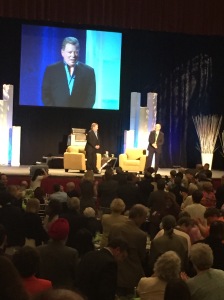 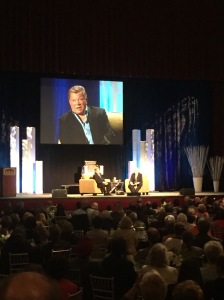 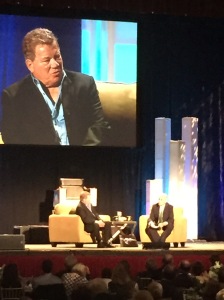 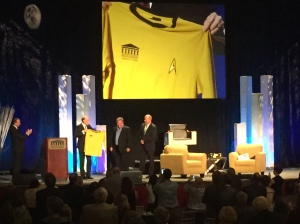