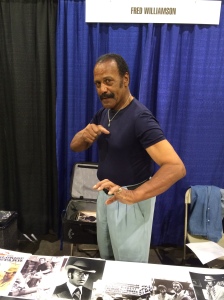 Fred Williamson (From Dusk Till Dawn) 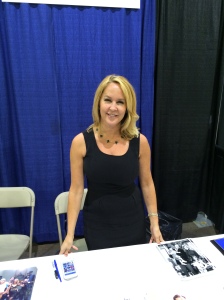 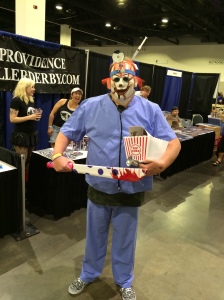 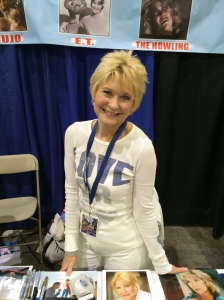 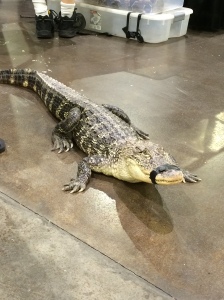 An alligator on the loose at Terror Con. 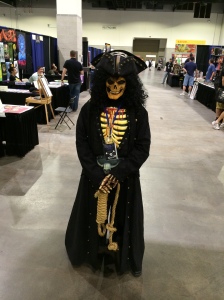 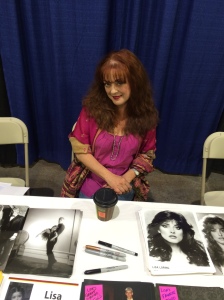 Lisa Loring a.k.a Wednesday Addams on The Addams Family. 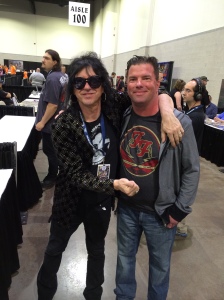 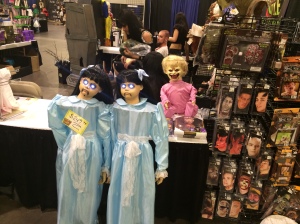 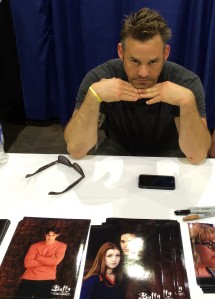 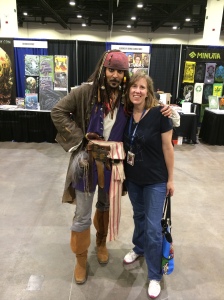 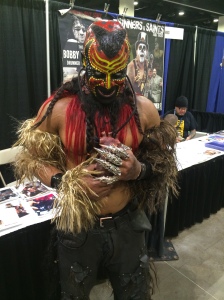 Martin Wright a.k.a WWE’s The Boogeyman. 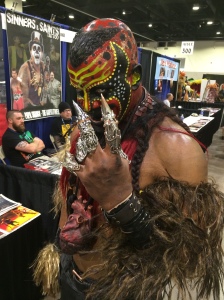 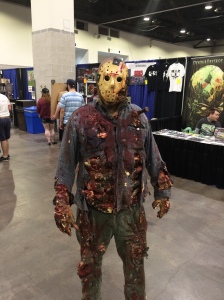 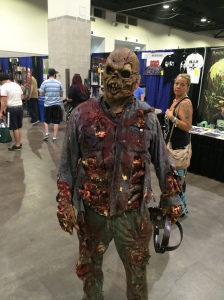 Jason Voorhees without the hockey mask.

There will be a couple more entries with pictures from Terror Con coming on Monday and Tuesday.

TerrorCon is the brainchild of Steven Perry, director of operations for Altered Reality, who has brought conventions to fans of comics, movies, and pop culture. These conventions are Southcoast Toy and Comic Show and Rhode Island Comic Con. Perry had been thinking of his newest one, TerrorCon, for about a year, he said.

Rhode Island didn’t have a big horror type show, Perry said. “We wanted to bring that to the people of Rhode Island.”

Perry thinks the organizers of Rock & Shock do a great job so he decided to have his new convention take place in June so as not to interfere with Rock & Shock. He didn’t want to step on anyones toes, he said.

“Everyone’s happy and friends remain friends. It keeps everyone friendly with everyone. We believe that everyone should work together. There’s no need for shows to stumble.”

Perry isn’t sticking to only New England to organize shows. His company is in the process of organizing shows for New Jersey and Colorado, which should be starting up in 2015, he said. He can’t say what those shows will be since they are not fully developed, which is the reason he hasn’t announced them yet.

“Right now, they will both me similar to Rhode Island Comic Con.”

If you couldn’t guess from the different line-ups for Perry’s shows, they always try to do a theme, he said. They plan their guests around whatever theme they decide to do. Whatever guests they choose and book for the event, they are sure to tell the fans about who is coming. They have lists of guests for the next two years, he said.

“We like to keep the fans enticed and let them know what’s going on all the time. Something new pops up with us, we put it up for everybody to know,” Perry said about constantly updating the convention websites.

Perry was asked last November why they were announcing guests for this year’s convention when the 2013 one just ended. He responded with, “Why keep it a secret? We want them to know and get excited about it. We want the fans to make plans to come out to the show.”

Perry started organizing conventions with the Southcoast Toy and Comic Show, which was held in a VFW hall, seven years ago. That first show had about 300 people in attendance, he said. It’s a far cry from the 22,000 people who attended the first Rhode Island Comic Con when they thought the attendance would be around 10,000 and the 30,000 people they had for the second Rhode Island Comic Con. He’s expecting between 10,000 and 15,000 people to attend TerrorCon, which is a safe number in the mind of Perry.

“The horror market is a little more of a niche market so we don’t expect a large audience,” Perry said.

His vision for Southcoast was t bring a reasonable size show that would be community based, Perry said. He wanted something for the fans in that area to be able to look forward to every season or twice a year. Another thing he wanted to do was bring in celebrities that people don’t always have a chance to meet, he said.

Perry said that TerrorCon will be the same size of the original Rhode Island Comic Con plus an extra ballroom.

“TerrorCon will not just be horror. It will be horror themed, paranormal, all mixed together.” 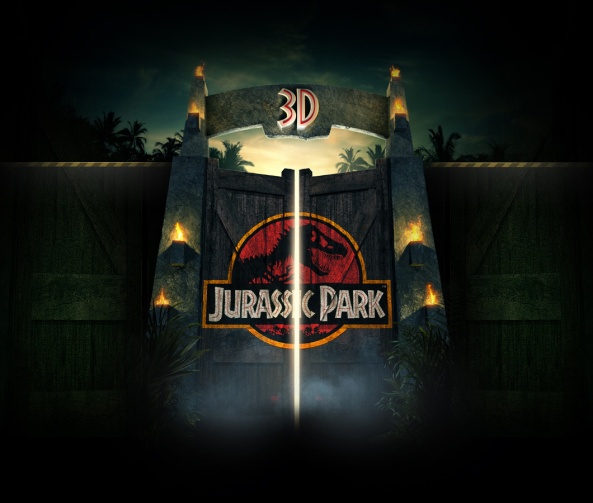 It has been 20 years since Steven Spielberg brought Jurassic Park to audiences. It’s a film that holds up well, which isn’t surprising since a lot of Spielberg’s movies do. E.T. and Jaws are two movies that come to mind.

This Friday a new Jurassic Park is arriving in theaters. This one is in 3D though. It’s perfect timing for Universal Studios since they are working on a fourth one, which should come out in 2014.

If you haven’t seen this movie, which is based on the Michael Crichton novel of the same name, here’s a brief synopsis. John Hammond (Richard Attenborough), the CEO of InGen, created a park populated by dinosaurs. There’s an accident at his Jurassic Park, which causes his investors to insist on an inspection by experts Dr. Alan Grant (Sam Neill) and Dr. Ellie Sattler (Laura Dern), who are joined by “rock star” Dr. Ian Malcolm (Jeff Goldblum). All hell breaks loose because of corporate espionage and everyone is trying to survive when the dinosaurs get loose throughout the park.

I have never been a fan of 3D movies since my eyesight is bad and the 3D effect never seems to work for me. It also could have been the 3D glasses too. When I saw the movie at an IMAX theater during a screening the other night, they had glasses that were flush against my face. These worked quite well. A few times during the movie, I actually thought there was something in front of me. One time it was only a tree branch in the movie. The 3D effect also brings out things in the movie’s background, which may have been over looked in previous viewings. It also makes you feel like what’s happening is only a few feet in front of you.

It’s great seeing this movie on the silver screen. And it’s even better seeing it in 3D.

Hey, how did that fiction get in my real life?