Don’t get lost in the Delta Quadrant or locked up in Litchfield Penitentiary. Kate Mulgrew is coming to the fifth annual Rhode Island Comic Con, November 11 through 13, 2016.

Katherine Kiernan Mulgrew, or Galina “Red” Reznikov as fans of the hit Netflix program Orange is the New Black know her, has had a four-decade career spanning from soap operas where she played Mary Ryan on ABC’s Ryan’s Hope all the way to a seven-season journey through the Delta Quadrant as Captain Kathryn Janeway on Star Trek: Voyager. On stage, she has portrayed numerous characters on and off Broadway, including a one-woman show as Katharine Hepburn in Tea at Five.

Rhode Island Comic Con is held at the Rhode Island Convention Center and the Dunkin Donuts Center. Available through Ticketmaster and the Dunkin Donuts Center Box Office, Rhode Island Comic Con ticket prices are as follows: a 3-day pass to the show running November 11th through the 13th is $75 for adults and $30 for kids between the ages of 6 and 12. Daily admission is also available, as well as a VIP admission for $139. Attendees are strongly encouraged to buy their tickets in advance. For more information, visit the event’s website at www.ricomiccon.com.

Vermont Comic Con held it’s second annual convention this past weekend. It was bigger and better than it’s first convention in 2014. 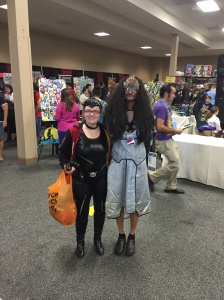 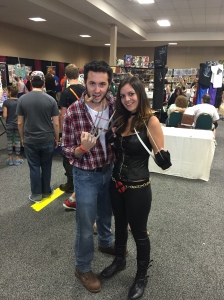 Mutants ready to protect the convention. 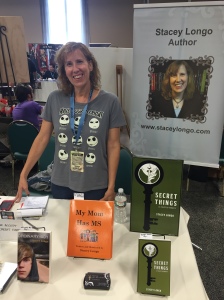 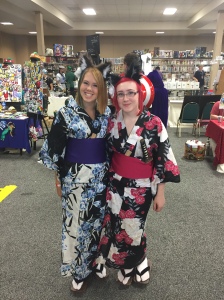 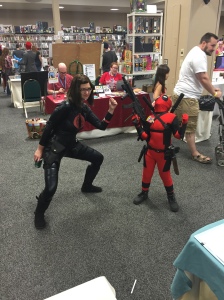 The Baroness and Deadpool.

Me with actorBrian O’ Halloran. 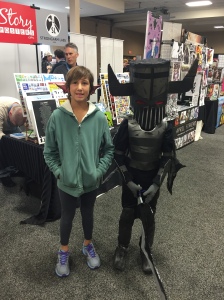 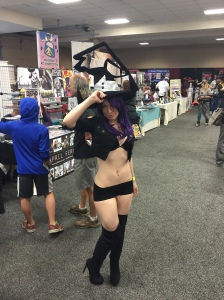 Actor Nicholas Brendon and me.

Work release inmates from Orange is the New Black.