The 10th anniversary of Rock & Shock seems to have been the year for booksellers having a presence at the convention. In previous years, there were only Shock Totem, Sideshow Press, and the New England Horror Writers at the event.  Only the NEHW has been consistently representing its members there year after year for more than five years.

This year saw the NEHW joined by the returning representatives of Sideshow Press and Shock Totem, who both haven’t been at the convention in a couple years. The new booksellers at the event were Fenham Publishing and Living Dead Press. Click here to read a previous article on Fenham Publishing. There were also two authors, Jack Ketchum and Joe Knetter, in the celebrity area of Rock and Shock selling their books. 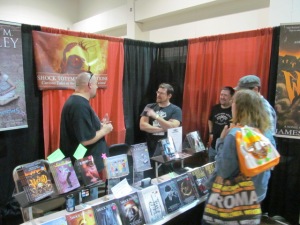 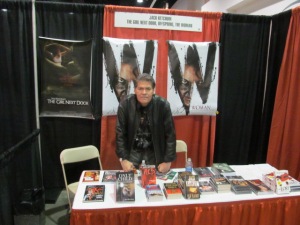 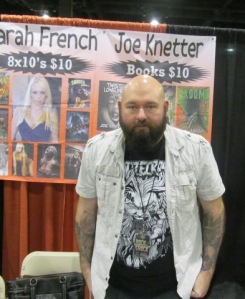