The 11th Annual Rock & Shock has come to an end. It was another great year with celebrities, authors, books, and fans. 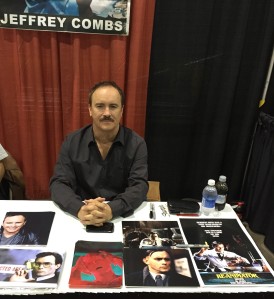 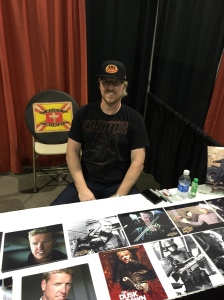 Actor/Director Tom Savini (From Dusk Till Dawn, Night of the Living Dead). 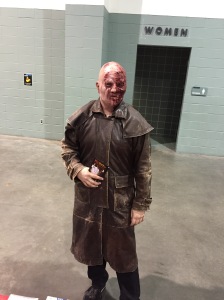 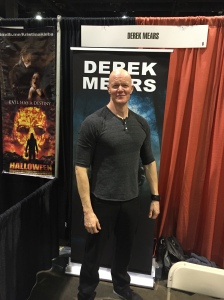 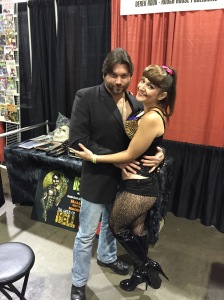 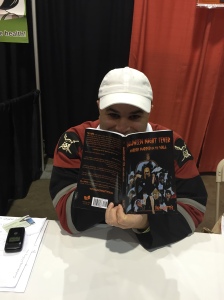 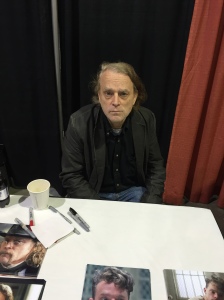 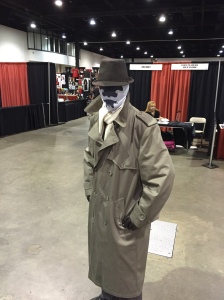 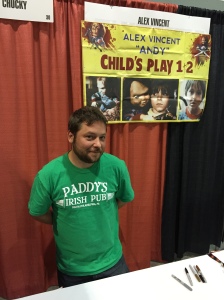 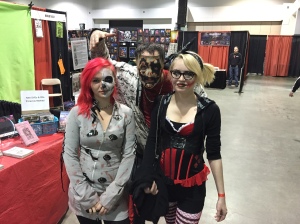 Rock & Shock is getting ready to turn it up to 11! In anticipation of the 11th anniversary of the horror and music convention that brings 3 days of monsters, music and mayhem to downtown Worcester, MA, Rock & Shock is giving the public an extra early sneak peak at this year’s attendees. While there are still plenty of big name acts yet to be divulged, Rock & Shock is pleased to announce that among this year’s guests will be Brad Dourif, John Ratzenberger, Jeffrey Combs, Nivek Ogre and Fiona Dourif. Meanwhile, King Diamond, Machine Head and Twiztid are among some of the convention’s scheduled performers.

Brad Dourif, the voice of everyone’s favorite flame-haired doll turned serial killer Chucky will be making a rare convention appearance at Rock & Shock 2014. Dourif is a legendary character actor who is best known for his appearances in Rob Zombie’s Halloween 1 & 2, The Exorcist III, The Lord of the Rings: The Two Towers & The Return of the King, Dune, TV’s Deadwood and his breakthrough role as Billy Bibbit in Milos Forman’s 1975 classic One Flew Over the Cuckoo’s Nest. To make the event a true family affair, Dourif will be joined by his real life daughter and True Blood star Fiona Dourif. Fiona’s other screen credits include Curse of Chucky, Deadwood and Paul Thomas Anderson’s Academy Award nominated film The Master.

He has danced with the stars, voiced some of your favorite cartoon characters and even fought for the Rebel Alliance and this October, Cheers‘ very own John Ratzenberger will be returning to the place where everybody knows his name. In addition to portraying Cliff Clavin, postal worker extraordinaire on the seminal Boston-based TV series Cheers, Ratzenberger has appeared in films such as Motel Hell and House 2: The Second Story, competed on Dancing With the Stars and has become the voice of Pixar. Ratzenberger is, in fact, the only actor to voice for a character in every Pixar film; most notably Hamm the Piggy Bank in the Toy Story series, The Abominable Snowman in Monsters, Inc. and Mack the Truck in the Cars.

A legend in both the horror and sci-fi communities, Jeffery Combs will be making his triumphant return to Rock & Shock this year. Combs first made his name as Herbert West, the main character in Re-Animator and it’s two subsequent sequels. He followed that up with appearances in several classic horror films including The Frighteners, I Still Know What You Did Last Summer, House on Haunted Hill, FeardotCom and most recently, Would You Rather. However, science-fiction fans will best know Combs for his portrayals of several characters within the Star Trek universe, most notably the Vorta clone Weyoun on Star Trek: Deep Space Nine.

Rounding out the early announcements is Skinny Puppy and ohGr frontman Nivek Ogre. Since forming Skinny Puppy in 1982, Ogre has wowed audiences as both a musician and an actor, appearing in films such as Repo! The Genetic Opera, 2001 Maniacs: Field of Screams and The Devil’s Carnival.

Speaking of world renowned musicians, this year’s performers are set to include: King Diamond, who will kick-off the event’s pre-party on Thursday, October 16, Machine Head, Children of Bodom, Epica and Battlecross, who will be rocking the Palladium stage on Friday, October 17 and Twiztid, back by popular demand with their Fright Fest festivities and scheduled to close out the event on Sunday, October 18. A very special guest headliner for Saturday is set to be announced in August, so let the speculation begin!

Tickets for Rock & Shock 2014 go on sale this Friday, June 27th at 10am and may be purchased at ticketfly.com, FYE stores or at the Palladium box office. There are still plenty of celebrity guests, musical acts and events yet to be announced so make sure to follow Rock & Shock on Facebook, Twitter, Tumblr and Instagram and visitrockandshock.com.