Scare-A-Con took place the first weekend of June at the MassMutual Center in Springfield, MA. 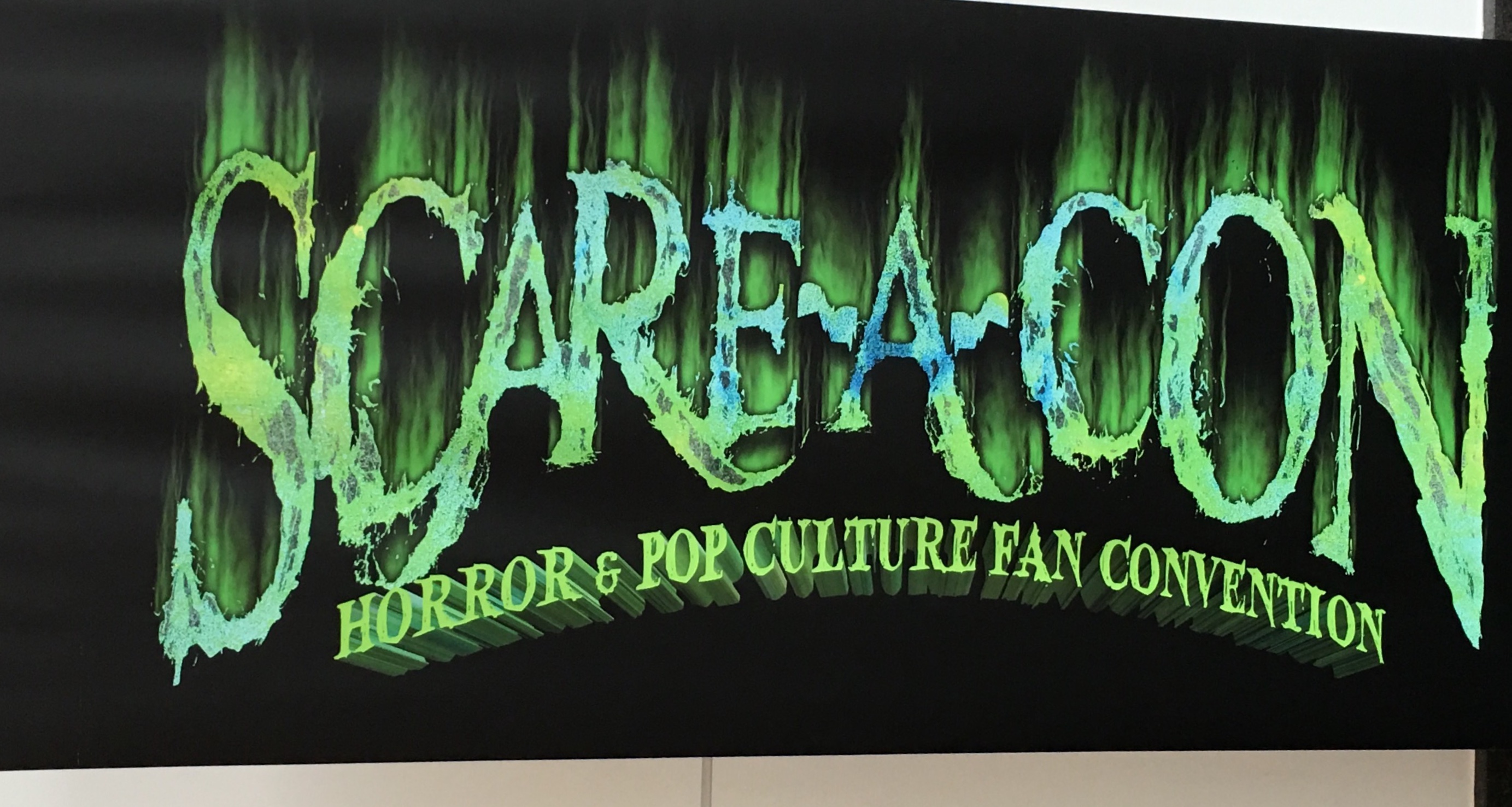 Sean Whalen (The People Under the Stairs, Twister) 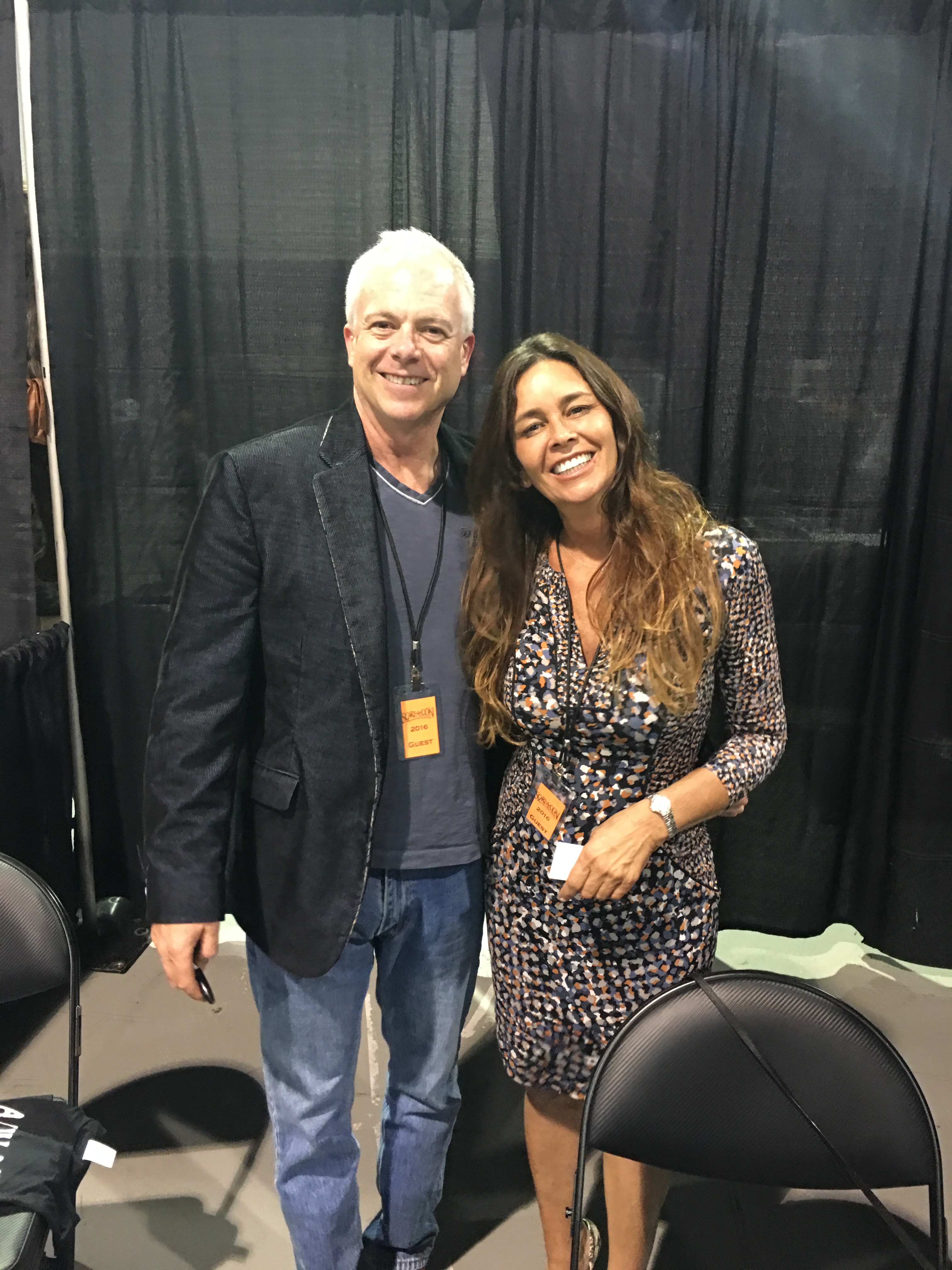 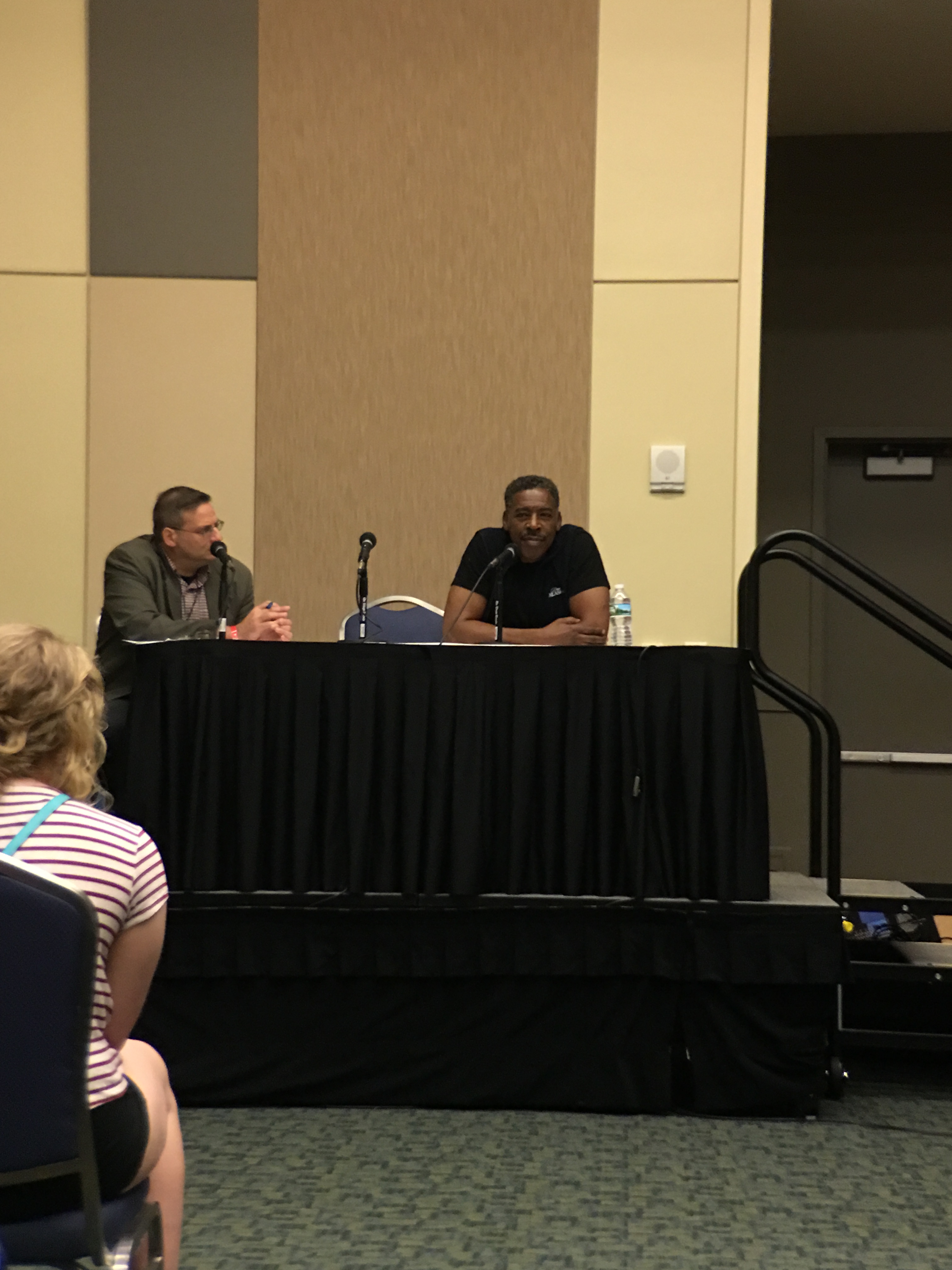 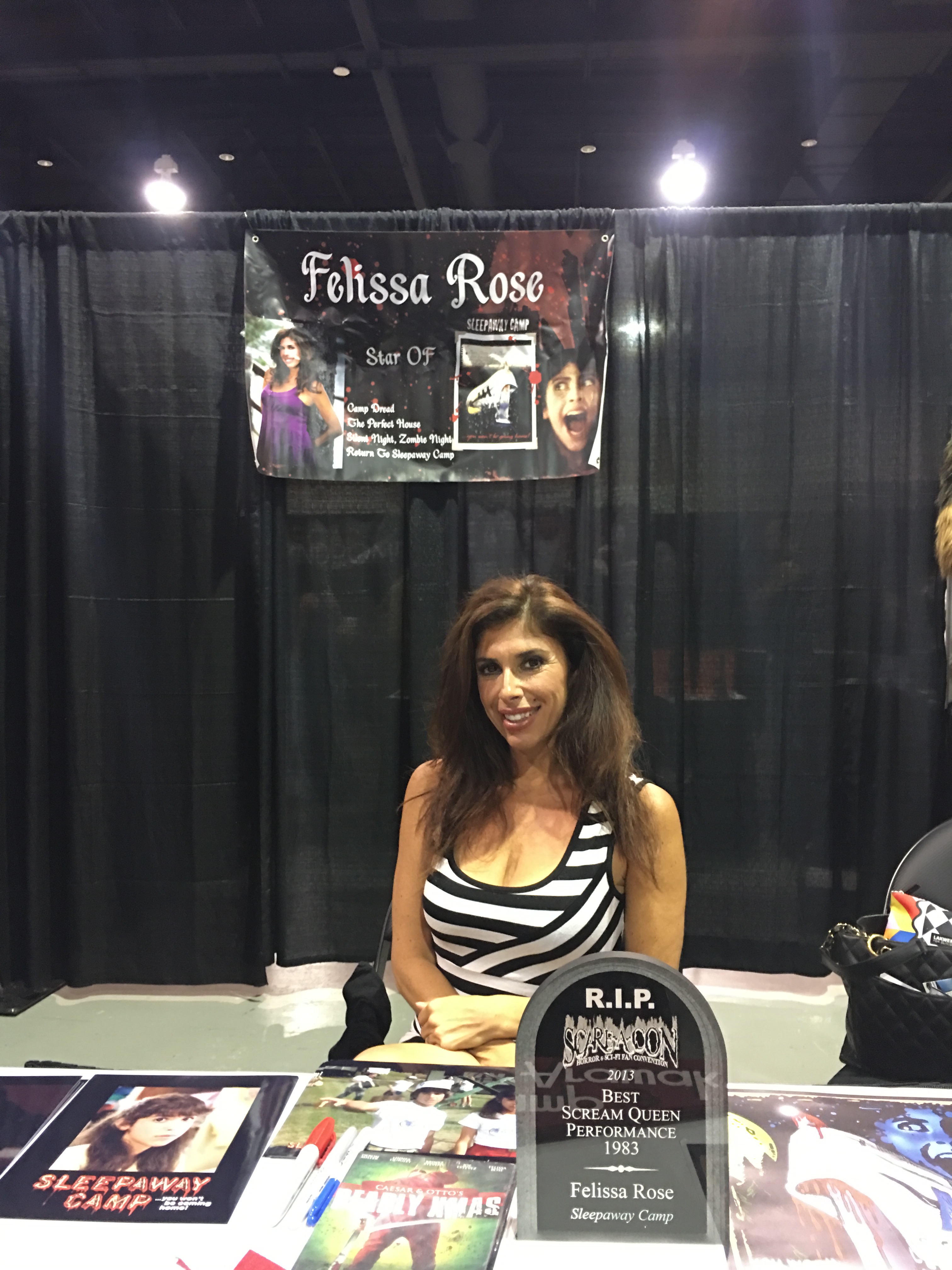 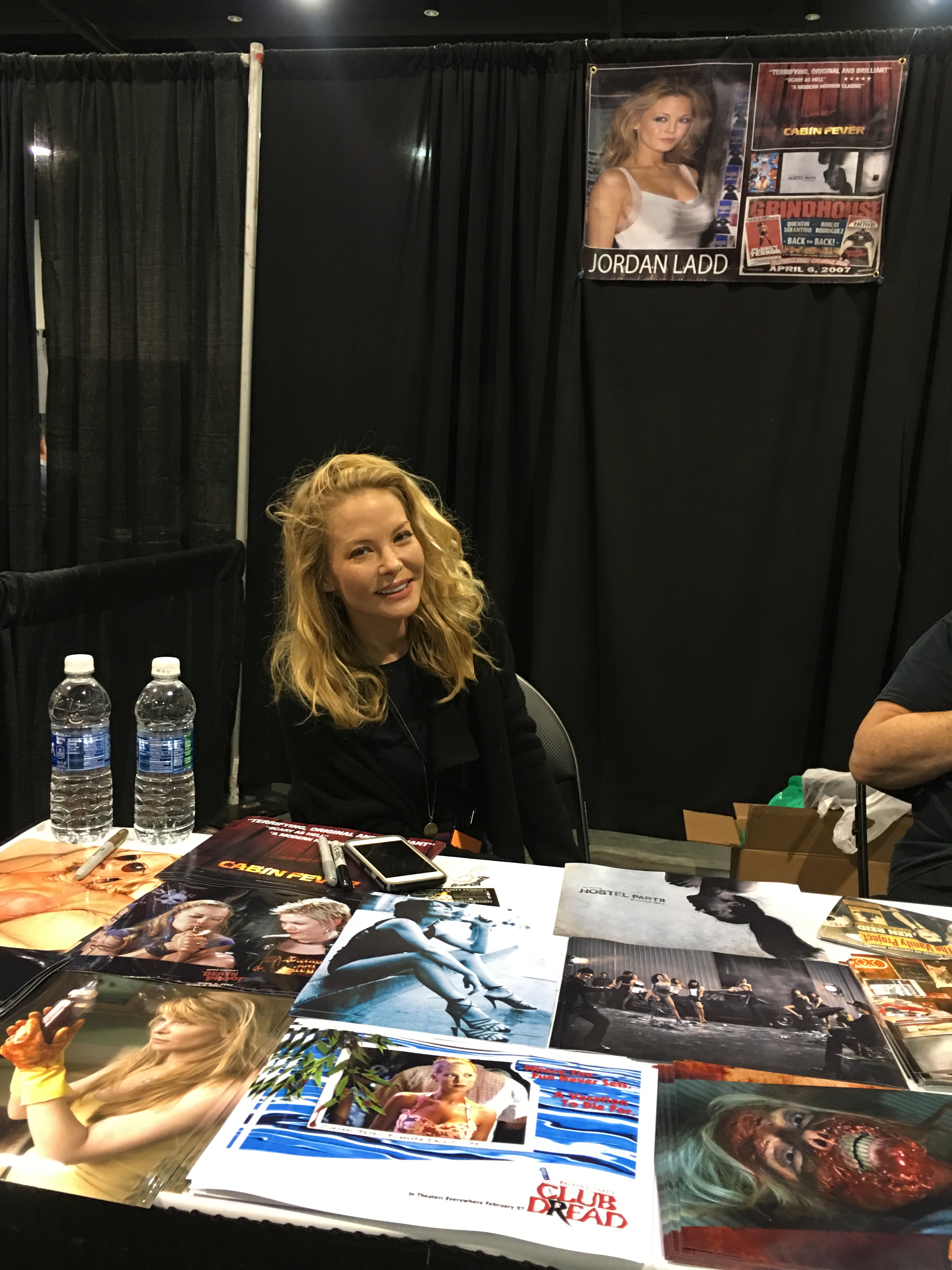 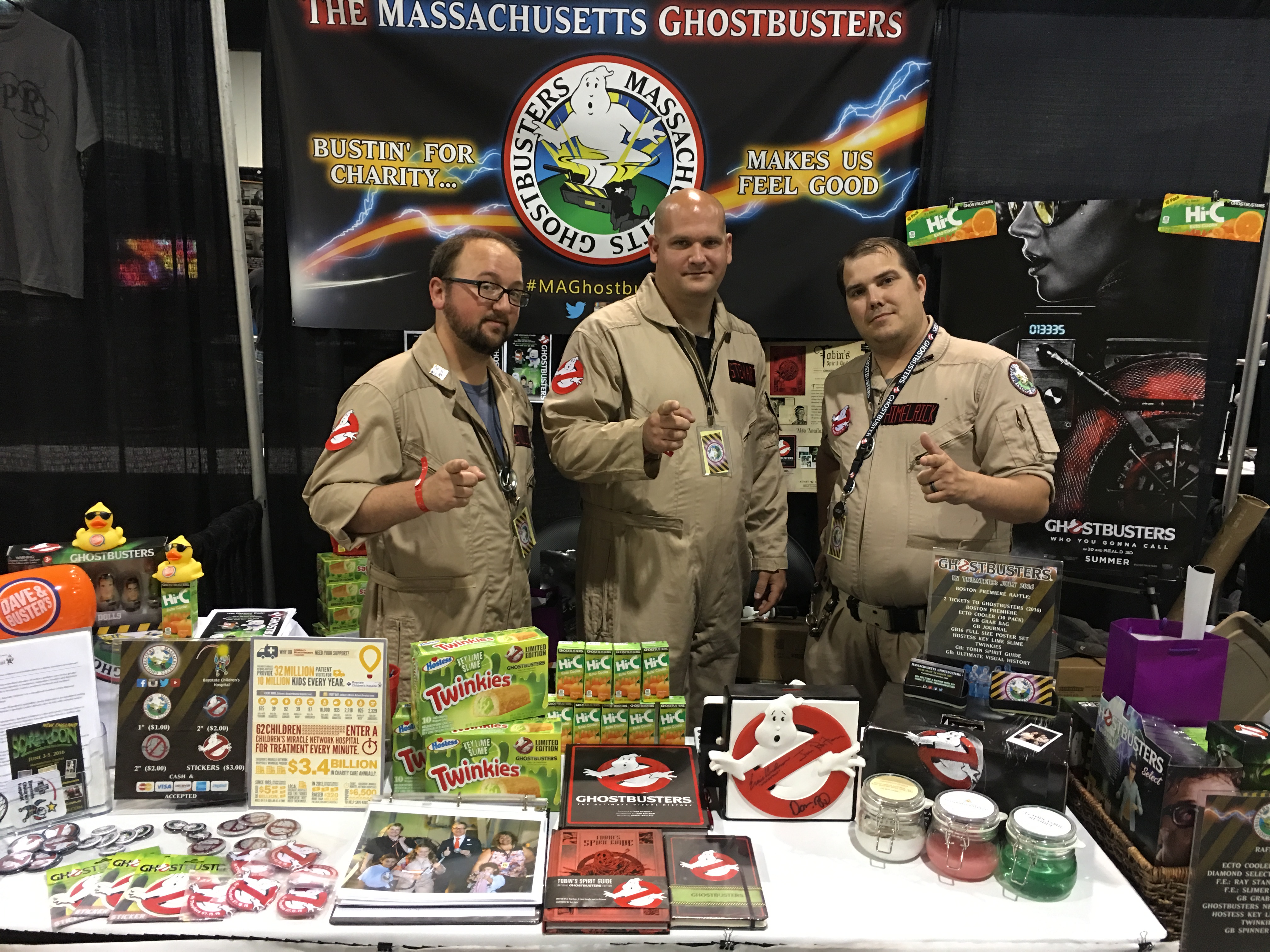 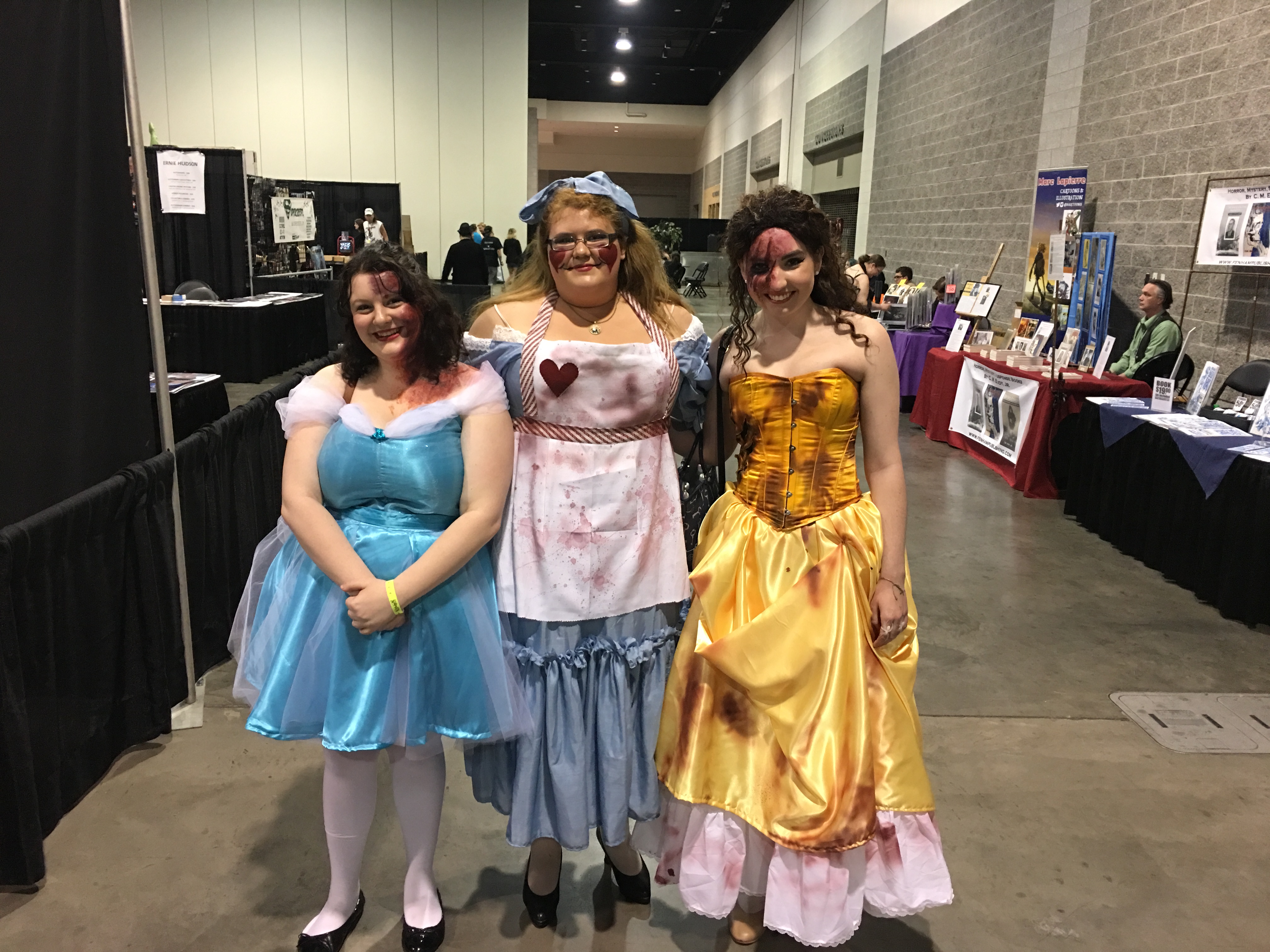 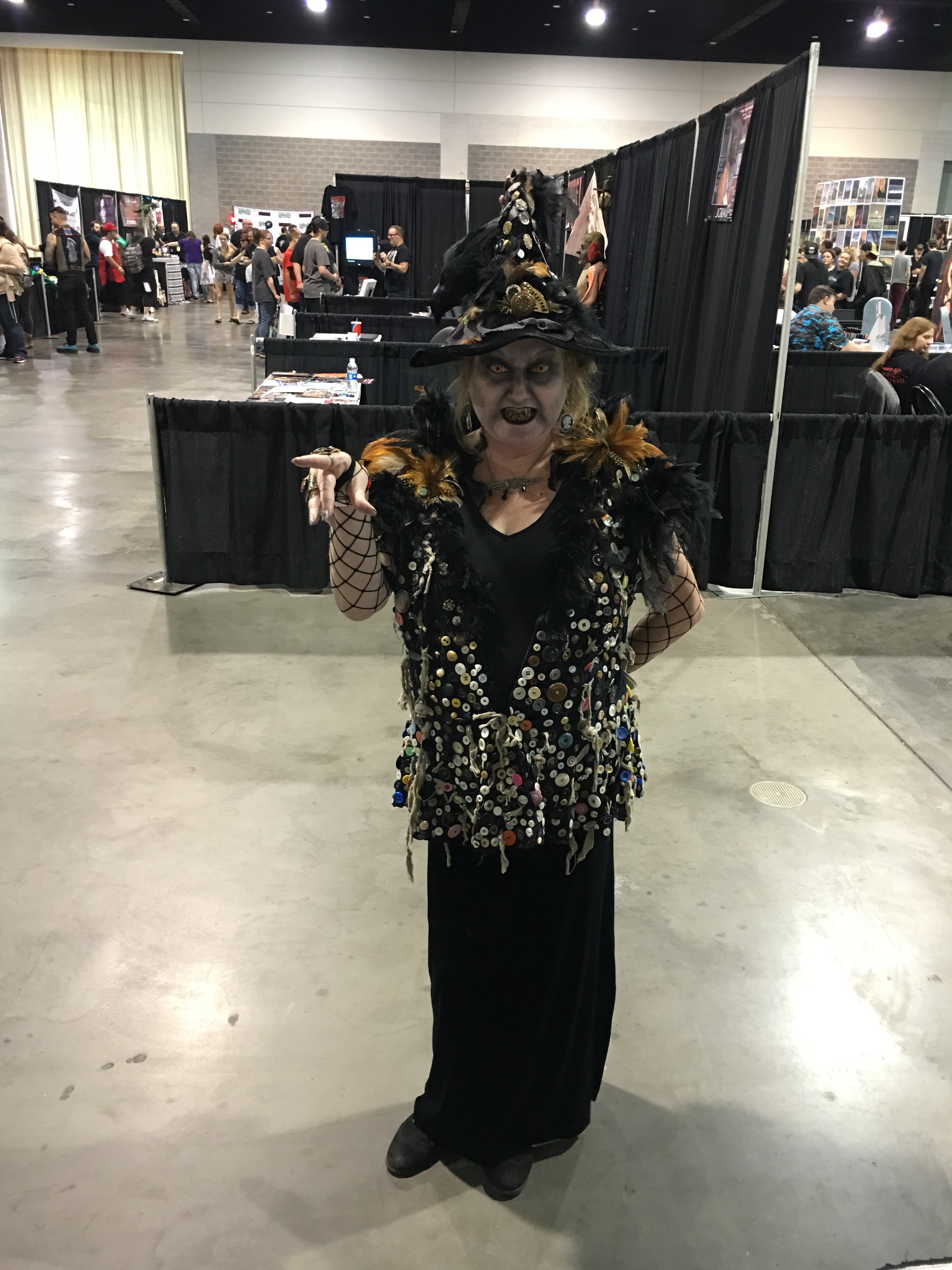 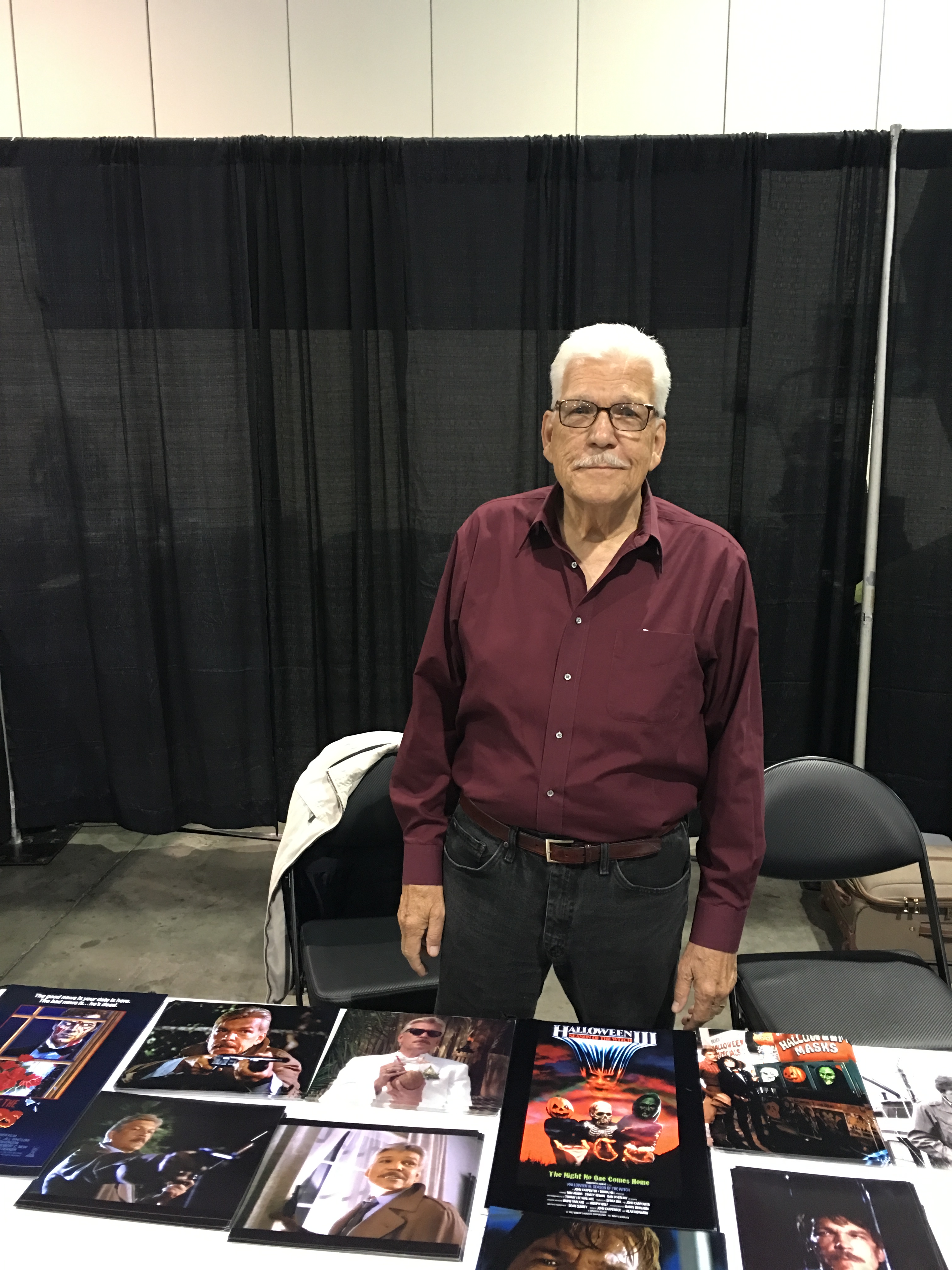 Tom Atkins (Night of the Creeps, The Fog).

Jason Lively (Night of the Creeps).

Me with P.J. Soles (Halloween).

The crew behind Fat Foot Films. 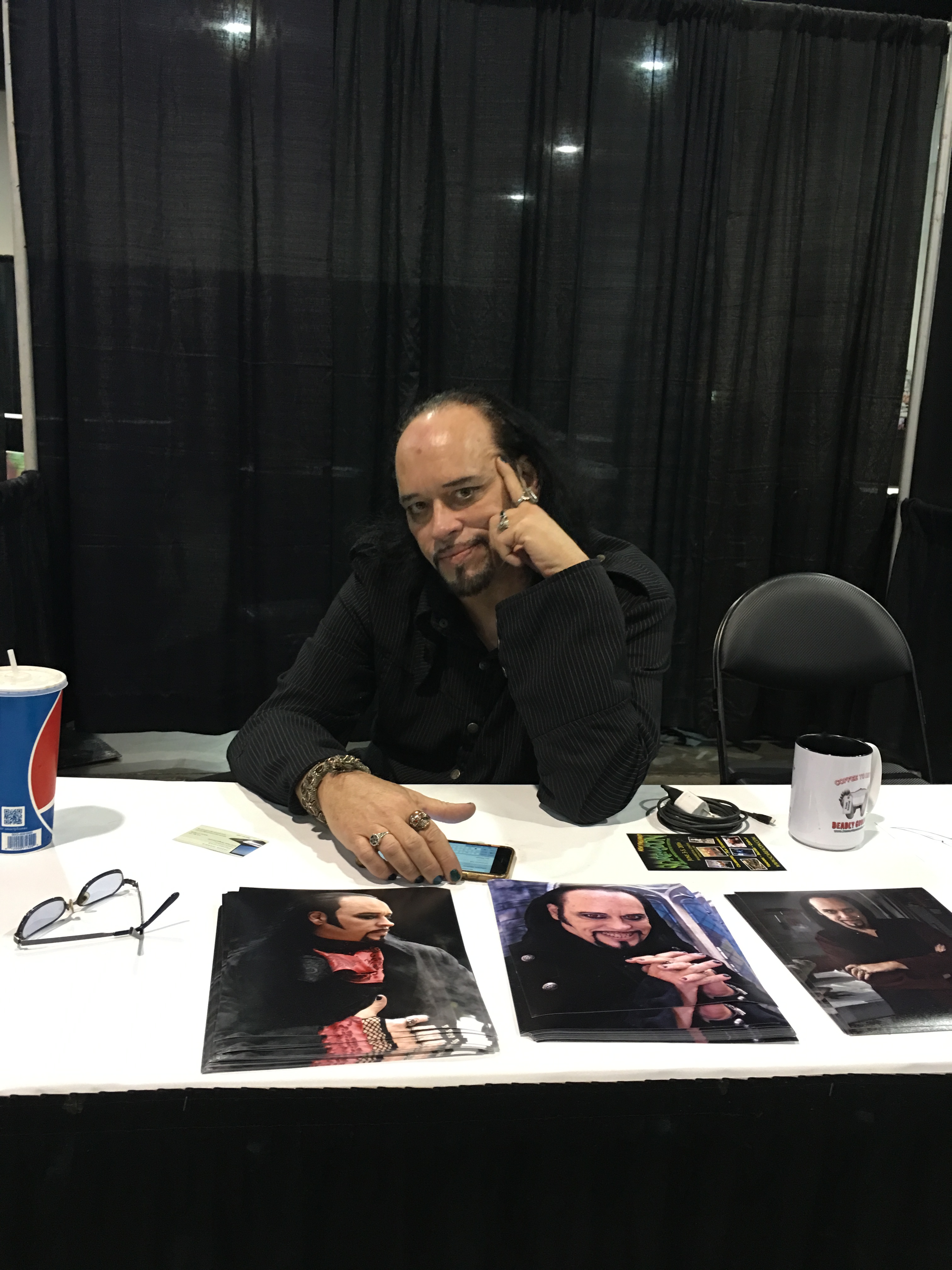 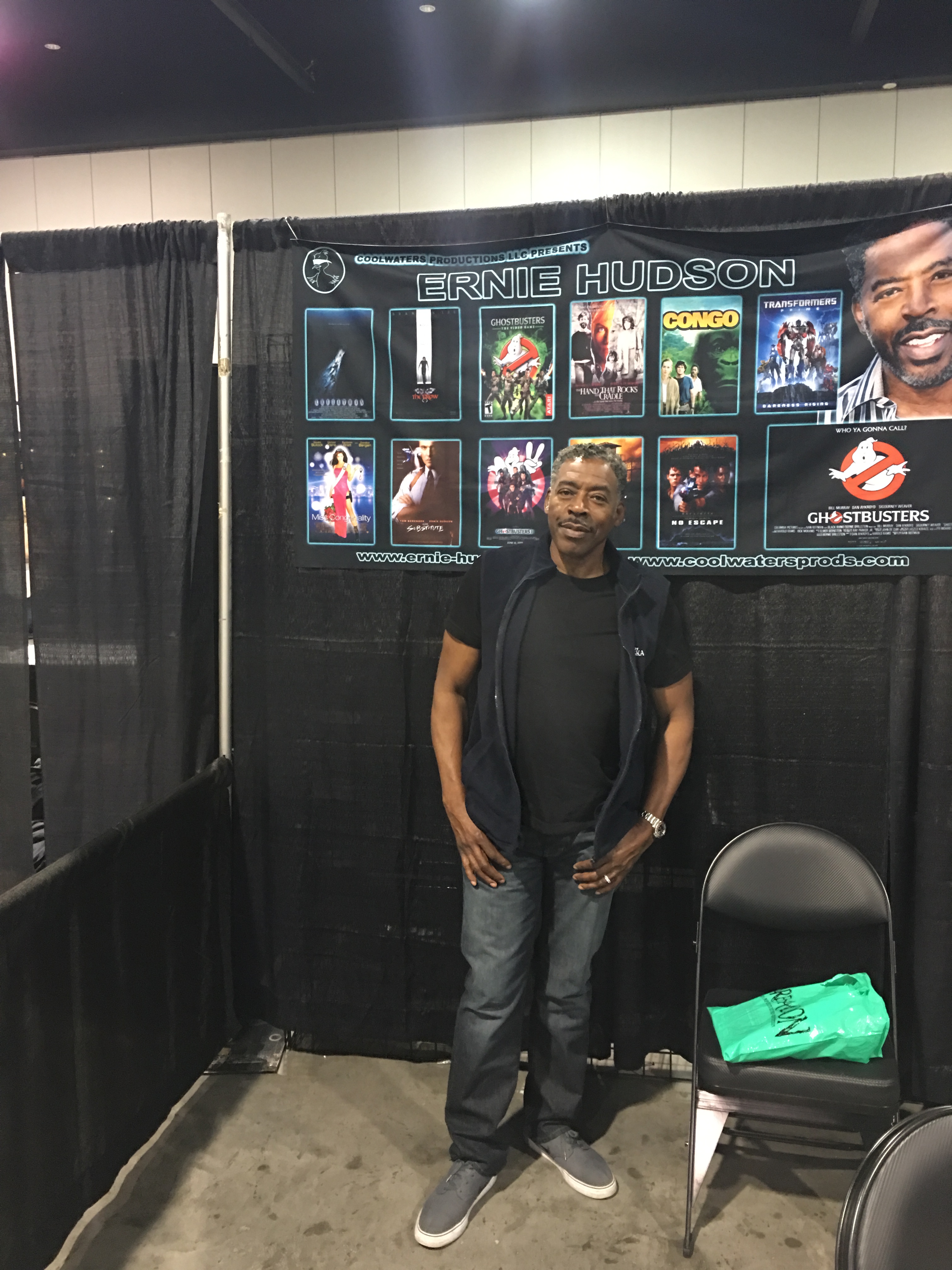 John Brightman, founder of New England Paranormal Research, will be appearing at Books & Boos bookstore on Tuesday, April 16 from 6 – 8 PM.

Brightman has been investigating haunted places and unexplained events for nearly a decade. His outstanding research and state-of-the-art precision to gather evidence has lead him to being featured on the Travel Channel and Bio Channel, and international shows in over a dozen countries world-wide.

Additionally, he has taken part in several paranormal documentary productions, as well as his own historically haunted film project.Brightman recently wrote a book, Dark Gift, based on haunted Bridgewater Triangle in Massachusetts. He and his co-author, T.L. Jones, a member of East Texas Paranormal, will discuss the case on which the book is based, and participate in a Q & A session with the audience about their experiences.This event is free to the public.

Books & Boos is open Tuesday through Sunday, 10 AM – 6 PM. The store, located at 514 Westchester Road in Colchester (across from Valero’s gas station) is staying open late for this special event.

J.P. Ouellette has worked on a number of films in Boston such as The Box and The Fighter. Working in the city allowed him to “learn filmmaking from some of the best crews around” while being at home.

“The mix of local and Hollywood talent brought my knowledge of film to the next level,” Ouellette said. Being an assistant to great storytellers like Richard Kelly was better than grad school.”

Kelly was the writer and director of such movies as The Box and Donnie Darko.

Ouellette started working in Hollywood after taking a risk in order to pursue his writing career. He states that “Los Angeles is the best place to be for an emerging writer.”

“The whole city is dedicated to the film business, and there are endless opportunities here to build your resume.”

His latest film, Captured, which he produced, wrapped in June and is scheduled for release in October of 2013, which is “a perfect time” to release it, Ouellette said. It’s about a rock band that goes off to shoot a music video where an escaped convict becomes obsessed with them.

“It is a classic slasher flick with a lot of psychological twists. It blends genres, and is made for the true horror fan who is tired of the same old thing.”

Ouellette became involved with Captured when writer and director Joe Arias hired him to write new drafts of the script.

“It took us (a lucky) 13 drafts to get the shooting script ready. It was the hardest writing sessions either one of us has been apart of, but it was worth it, this story will blow your mind!”

Captured took three weeks to film, but it was in the works for two years since Arias came up with the film’s concept, Ouellette said. He is in the process of working on the sound editing, special effects, and the score now.

“It’s been quite a labor of love. It’s all very exciting to see something you help create come together.”

Along with finishing up Captured, he is producing another horror movie, Do Not Watch.

“Due to the high-concept of this project, the synopsis is being kept under wraps.”

Not only has Ouellette worked on more than 20 movies in his career, you can take a look at his Internet Movie Database profile, http://www.imdb.com/name/nm1965594/ to see everything that he has worked on, but he has also found the time to write a novel, 2501. His writing and this story’s style was inspired by Arthur C. Clarke and George Orwell. Its “hard science-fiction blended with political overtones is something everyone can get behind.” The e-book can be purchase on Amazon by clicking here.

It originally started out as a script idea, but “it was way too involved for the screen at that time.”

“I really had to dig into the characters and the science in order to find my story. Funny enough, the book now represents the outline for the proposed film version.”

He is still looking for the right Hollywood screenwriter to adapt 2501. He could adapt it himself, but he wants to step back and let someone else take care of it.

“The projected budget for this Blockbuster is over $50 million, and that is not in my price range … yet.”

He “would love Steven Spielberg to direct [2501] because of the Stanley Kubrick feel of the story.” If that happens he would love to be on-set, which he would consider “a dream project for sure.”

He does have an outline for another book, but his screenwriting schedule is keeping him from working on it.

“With 2501, I had to isolate myself while traveling in Mexico, writing the first draft freehand while sitting on the steps of the Mayan Ruins. It is the only way to get a novel done in this distracting day and age.”

Ouellette has a number of directors such as John Carpenter, J.J. Abrams, Duncan Jones, and Kelly, who has influenced him. He says that Kelly’s film, Donnie Darko, is the reason he went to film school, he said.

He has worked with many directors and actors, and wants to work with many more.

“They all have their own style to this art, and I love learning from them.”

He doesn’t have a dream project. All he wants to do is “to keep making great movies, and create opportunities to make more of them.”

The NEHW will be at the 39th Heritage Craft Fair this Saturday.

There will be a number of members selling and signing their books. Come and meet Stacey Longo, David Price, Rob Watts, Morven Westfield, and K. Allen Wood.

The fair is held at the Keefe Technical School from 10 a.m. to 4 p.m. It’s sponsored by the Heritage Chorale. According to the fair’s website, the fair “provides income to support our musical mission, from booth rental fees, sale of food and  beverages, and modest admission fees. This popular fair features more than 100 crafters selling their own creations including glassware, clothing, toys, jewelry, woodworking, leather goods, quilts, metalwork, paintings, and many other arts and crafts.”

According to the fair’s flyer, there will also be food at the event . The price of admission is $3 and $2.50 for seniors.

The fair’s location is 750 Winter St. in Framingham, Massachusetts.